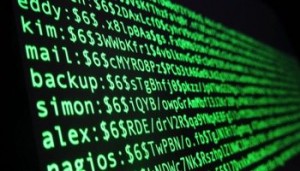 Results from the Ponemon Institute’s Fifth Annual Benchmark Study on Privacy & Security of Healthcare Data have confirmed what many in the healthcare industry had suspected and even feared: 65% of the healthcare organizations participating in the study had experienced electronic information-based security incidents over the past two years. In addition, some 87% of third-party vendors, identified by HIPAA as Business Associates (BAs), reported a data breach in the last two years.

More disturbing is the revelation that for the first time in the history of the study, criminal attacks are the number one cause of data breaches in healthcare. The number of criminal attacks on healthcare organizations and business associates has increased 125% compared to five years ago. According to the study, more than 90% of the healthcare organizations taking part had experienced a data breach, and 40% of the respondents had experienced more than five data breaches over the past two years.

No healthcare organization, no matter its size, is impervious to these attacks. And they are certainly not immune to the side effects of a breach.

The study’s findings also reveal that 45% of the healthcare organizations surveyed reported the occurrence of a Cyberattack indicated the source of the attack was criminal, while 12% cited the work of malicious insiders. 39% of the BAs reported breaches caused by criminal attackers while 10% attributed the attacks to malicious insiders.

Perhaps one of the most shocking data points reported is that in spite of the increased criminal activity and the rapidly evolving threat environment, the majority of healthcare organizations indicated implementing no changes to what they’re doing or how they’re doing it. Only 40% of healthcare organizations and 39% of BAs surveyed expressed concern about cyberattacks.

Other Findings Giving Cause for Increased Cyber security Measures

Policies and Procedures in Place

The survey results clearly illustrate the reality that healthcare organizations and the BAs with whom they work need to invest more in technologies that allow them to respond quickly to data breaches. While 58% of healthcare organizations responding agreed that they have policies and procedures in place that allow them to detect a data breach quickly and efficiently, fewer than half believe they have sufficient technologies in place to do so — and only 33% were confident they have the resources needed to prevent or quickly detect a data breach. Responses of BAs participating in the survey fell along similar lines. 50% of business associates responding stated that they have the policies and procedures in place to prevent or detect a security incident, while fewer than half believe they have sufficient technologies. Lastly, only 41% of BAs stated that they have adequate resources to be able to identify and repair data breaches.

The research also revealed interesting insights relating to the top concerns of survey respondents. While the number of criminal attacks on healthcare organizations and business associates has increased 125% compared to five years ago (and 45% of the organizations surveyed traced data breaches to criminal activity) only 40% of the respondents were most concerned about Cyberattacks as a security threat. BAs were even less immediately worried with only 35% citing Cyberattacks as a top concern. Here’s an overview of what they reported being most concerned about:

The security threats BAs worry about most:

How Attacks Are Discovered

Among other key findings detailed in the Poneman report are the statistics relating to how health organizations have uncovered the security attacks. 69% learned of a data breach through an audit or assessment, while 44 % were discovered by an employee. 30% of data breaches were reported by patients, 23% were uncovered accidentally, and 18%came from a legal complaint. Law enforcement was responsible for 6 % of the discoveries and loss prevention teams for 5%.

Business associates reported different statistics, with 60% of data breaches reported as being uncovered by employees and 49% discovered as a result of audit or assessment. BAs said 33% were found accidentally, 21% through a legal complaint, 17% from a patient complaint, 13% from loss prevention teams, and 12% by law enforcement.

The findings of the Ponemon Institute survey paint an alarming picture: the healthcare industry, which manages vast amounts of personal data, is under attack by criminal elements and jeopardized by employee negligence, as well as the actions of malicious insiders. The number of data breaches is growing exponentially, and both healthcare organizations, and the business associates who serve them lack sufficient technologies, resources, and processes to ensure data is kept secure.

The report details a slow but steady increase in technologies used by both healthcare organizations and their business associates to detect and mitigate the impact of cybersecurity threats, but concludes that the pace of the investments in both technologies and security expertise is not sufficient at this time.

In conclusion, the Ponemon Institute calls for intensive employee training and awareness programs, ramped up investments in technologies and security expertise, and a broad application of innovative solutions to the industry to improve the current status of the privacy and security of the nation’s healthcare data.