This really should not be big news, I’ve been stating it since Alexa came out.  The MIC is open all the time unless you “Mute” it and data is saved and transmitted to Amazon.  Make sure you understand the technology before you start adding all of these types of IoT devices in your home, as I call them “Internet of Threats”

The call that started it all: “Unplug your Alexa devices right now.” 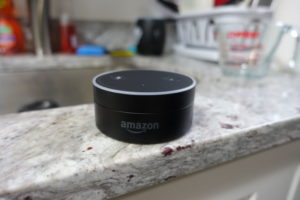 Amazon confirmed an Echo owner’s privacy-sensitive allegation on Thursday, after Seattle CBS affiliate KIRO-7 reported that an Echo device in Oregon sent private audio to someone on a user’s contact list without permission.

“Unplug your Alexa devices right now,” the user, Danielle (no last name given), was told by her husband’s colleague in Seattle after he received full audio recordings between her and her husband, according to the KIRO-7 report. The disturbed owner, who is shown in the report juggling four unplugged Echo Dot devices, said that the colleague then sent the offending audio to Danielle and her husband to confirm the paranoid-sounding allegation. (Before sending the audio, the colleague confirmed that the couple had been talking about hardwood floors.

After calling Amazon customer service, Danielle said she received the following explanation and response: “‘Our engineers went through all of your logs. They saw exactly what you told us, exactly what you said happened, and we’re sorry.’ He apologized like 15 times in a matter of 30 minutes. ‘This is something we need to fix.'”

Danielle next asked exactly why the device sent recorded audio to a contact: “He said the device guessed what we were saying.” Danielle didn’t explain exactly how much time passed between the incident, which happened “two weeks ago,” and this customer service response.

When contacted by KIRO-7, Amazon confirmed the report and added in a statement that the company “determined this was an extremely rare occurrence.” Amazon didn’t clarify whether that meant such automatic audio-forwarding features had been built into all Echo devices up until that point, but the company added that “we are taking steps to avoid this from happening in the future.”

This follows a 2017 criminal trial in which Amazon initially fought to squash demands for audio captured by an Amazon Echo device related to a murder investigation. The company eventually capitulated.

Amazon did not immediately respond to Ars Technica’s questions about how this user’s audio-share was triggered.

Amazon did not explain how so many spoken Alexa prompts could have gone unnoticed by the Echo owner in question. Second update: The company did confirm to Ars that the above explanation was sourced from device logs. 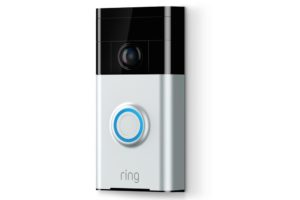 A security flaw founded in Ring’s video doorbell can let others access camera footage even if homeowners have changed their passwords, according to media sources.

This can happen after a Ring device owner gives access to the Ring app to someone else. If it is given to an ex-partner, for example, after the relationship turned sour, the partner may still monitor the activity outside the front door using the camera, and download the video and control the doorbell from the phone as an administrator.

It doesn’t matter how many times Ring device owners have changed the password, the Ring app will never ask users to sign in again after the password is changed.

Ring was notified of the issue in early January and claimed to have removed users who were no longer authorized. However, in the test carried out by media outlet The Information’s staff, these ex-users could still access the app for several hours.

Jamie Siminoff, CEO of Ring, has acknowledged the issue and responded that kicking users off the platform apparently slows down the Ring app.

After the issue was reported, Ring made another statement, suggesting that Ring customers should never share their usernames or passwords. The company recommended that other family members or partners sign in via Ring’s “Shared Users” feature.

In this way, device owners have control over who has access and can immediately remove users if they want.

“Our team is taking additional steps to further improve the password change experience,” said Ring in a statement.

Ring was acquired by Amazon for US$1 billion at the beginning of this year. Amazon operates in-home delivery service, the Amazon Key, relying on security devices at the front door such as smart doorbells, door locks and security cameras.

Any security flaws like the one found in Ring will make it difficult for the e-commerce giant to convince people that it’s safe for Amazon’s delivery people to enter their houses when nobody’s home.

Please make sure to secure all of your IoT devices as we know most of them are wide open to attacks.