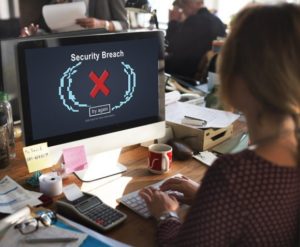 In today’s world cyber incidents activities such as data theft, insider threat, malware attack most are significant security risks and some it caused by the employees of the company both intentionally or unknowingly, also around 95% of threat and Activities with access to corporate endpoints, data, and applications.

Many of the security testing among the most alarming discoveries was that 95 percent of assessments revealed employees were actively researching, installing or executing security or vulnerability testing tools in attempts to bypass corporate security.

They are using anonymity tools like  Tor,VPNs frequently to hide who is Trying to breaking the corporate security.

Christy Wyatt, CEO at Dtex Systems said, “Some of the year’s largest reported breaches are a direct result of malicious insiders or insider negligence.

People are the weakest security link

Last year survey reported by Dtex Systems said, 60 percent of all attacks are carried out by insiders. 68 percent of all insider breaches are due to negligence, 22 percent are from malicious insiders and 10 percent are related to credential theft.  Also, the current trend shows that the first and last two weeks of employment for employees are critical as 56 percent of organizations saw potential data theft from leaving or joining employees during those times.

Increased use of cloud services puts data at risk

64 percent of enterprises assessed found corporate information on the web that was publicly accessible, due in part to the increase in cloud applications and services.

43 percent had users who were engaged in online gambling activities over corporate networks, which included playing the lottery and using Bitcoin to bet on sporting events.

This type of user behavior is indicative of overall negligence and high-risk activities taking place.

Dtex Systems analyzed and prepared these risk assessments from 60 enterprises across North America, Europe and Asia with the industries like IT, Finance, Public Sector, Manufacturing, Pharmaceuticals and Media & Entertainment.

Please consider your cybersecurity posture when it comes to your employees, again people are the leading cause to “Risk”.