The FBI vs. Apple – thoughts and comments 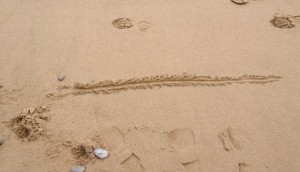 Not trying to provide the full story here, just a few thoughts and directions as to security, privacy and civil rights. (for the backdrop – Apple’s Tim Cook letter explains it best: https://www.apple.com/customer-letter/)

From a technical perspective, Apple is fully capable to alleviating a lot of the barriers the FBI is currently facing with unlocking the phone (evidence) in question. It is an iPhone 5C, which does not have the enhanced security features implemented in iPhones from version 5S and above (security enclave – see Dan Guido’s technical writeup here: http://blog.trailofbits.com/2016/02/17/apple-can-comply-with-the-fbi-court-order/).

Additionally, when dealing with more modern versions, it is also feasible for Apple to provide updates to the security enclave firmware without erasing the content of the phone.

But from a legal perspective we are facing not only a slippery slope, but a cliff as someone eloquently noted on twitter. Abiding by a legal claim based on an archaic law (All Writs act – originally part of the Judiciary act of 1789) coupled with just as shaky probably cause claim, basically opens up the door for further requests that will build up on the precedent set here if Apple complies with the court’s order.
One can easily imagine how “national security” (see how well that worked out in the PATRIOT ACT) will be used to trump civil rights and provide access to anyone’s private information.

We have finally reached a time where technology, which was an easy crutch for law enforcement to rely on, is no longer there to enable spying (legal, or otherwise) on citizens. We are back to a time now where actual hard work needs to be done in order to act on suspicions and real investigations have to take place. Where HUMINT is back on the table, and law enforcement (and non-LE forces) have to step up their game, and again – do proper investigative work.

Security is obviously a passion for me, and supporting (and sometimes helping) it advance in order to provide everyone with privacy and comfort has been my ethics since I can remember myself dealing with it (technology, security, and privacy). So is national security and the pursuit of anything that threatens it, and I don’t need to show any credentials for either.

This is an interesting case, where these two allegedly face each other. But it’s a clear cut from where I’m standing. I’ve said it before, and I’ll say it again: Tim Cook and Apple drew a line in the sand. A very clear line. It is a critical time now to understand which side of the line everybody stands on. Smaller companies that lack Apple’s legal and market forces, which have bent over so far to similar “requests” from the government can find solace in a market leader drawing such a clear line. Large companies (I’m looking at you Google!) should also make their stand very clear – to support that line. Crossing that line means taking a step further towards being one of the regimes we protect ourselves from. Dark and dangerous ones, who do not value life, who treat people based on their social, financial, racial, gender, or belief standing differently. That’s not where or who we want to be.

3 responses to “The FBI vs. Apple – thoughts and comments”