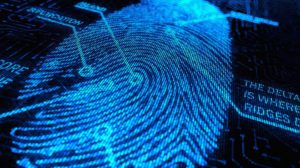 If you don’t want to be hacked, don’t use the same password across different services.

And if you’re an Apple user, it’s a good idea to check your Apple ID and iCloud account today to make sure it’s using a unique and long password.

On Wednesday, a hacking group calling itself the Turkish Crime Family told Business Insider that it had about 600 million iCloud passwords it would use to reset users’ accounts on April 7.

Apple told Business Insider in a statement that if the hackers had passwords, they did not come from a breach of Apple systems:

“There have not been any breaches in any of Apple’s systems including iCloud and Apple ID. The alleged list of email addresses and passwords appears to have been obtained from previously compromised third-party services.

“We’re actively monitoring to prevent unauthorized access to user accounts and are working with law enforcement to identify the criminals involved. To protect against these type of attacks, we always recommend that users always use strong passwords, not use those same passwords across sites and turn on two-factor authentication.”

It is still possible that the group has some users’ passwords. Information from several large breaches, including those of Yahoo and LinkedIn, have spread across the internet in recent years. If an Apple user has the same password and email for, say, LinkedIn and iCloud, there’s a good chance that iCloud password is already publicly available.

Here’s what you can do to protect yourself:

Turn on two-factor authentication. That means when you log in to your iCloud account you’ll be asked to send a six-digit code to your phone. It’s annoying, but it’s the best way to ensure that your account remains your own.

Make sure your password is long, random, and unique. Don’t use your name, birthday, or other common words.