HIPAA/HITECH Compliance – What Is the HITECH Act? 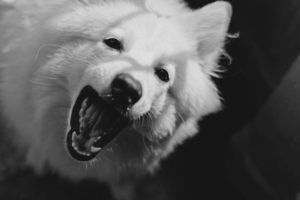 Not sure what the HITECH Act is all about? If you’re new to HIPAA compliance and related concerns, here’s a quick overview.

HITECH stands for the Health Information Technology for Economic and Clinical Health. The HITECH Act was created in 2009 to encourage the adoption and “meaningful use” of electronic health records (EHR) and supporting technology in the U.S. This act was part of the American Recovery and Reinvestment Act (ARRA) economic stimulus bill. The HITECH Act initially offered financial incentives to providers who demonstrated “meaningful use” of EHRs. Later stages of the implementation of the act included penalties for providers who did not meet these requirements.

The HITECH Act also modified HIPAA. One of the ways it did so was by requiring covered entities to notify individuals whose protected health information (PHI) has been compromised. Additionally, it increased the fines that could be applied for noncompliance (up to $1,500,000); it authorized state Attorney Generals to bring actions to enforce violations of HIPAA; and it expanded portions of HIPAA to apply to business associates of covered entities and required the federal Department of Health and Human Services’ (HHS) Office for Civil Rights (OCR) to audit both covered entities and their business associates.

Present and Future of HITECH Act

Many features affected by the HITECH Act are currently under debate, including changes to the definition of “meaningful use” of EHRs, cybersecurity issues, and interoperability issues.

As of April of this year, proposed new federal regulations may bring an end to the electronic health records “meaningful use” incentive program portion of the HITECH Act. This portion would be replaced with a simplified program. Concerns raised about these proposed changes state that they fail to address threats to cyber security from hackers and ransomware, a topic of real concern as healthcare providers have been under increased attack this year.

The proposed changes would also affect payment mechanisms for physicians, attempt to fight both information blocking, and would replace the current “meaningful use” program with the “advancing care information” category. As the HHS explains, this category would focus on interoperability and information exchange, and in contrast to the existing program, would not require and all-or-nothing approach to measuring the quality of EHR use. (For more on the proposed changes, see Healthcare Info Security’s in-depth article on the impact on security of Medicare’s new physician payment plan.)

Check out some of the technology that is coming your way for HEALTH: 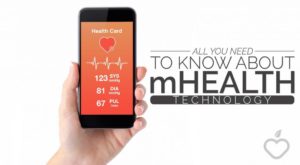 The medical community really needs to pay attention to the new HIPAA/HITECH compliance rules.  This new rule is really going to affect the smaller healthcare groups that do use compliance today.