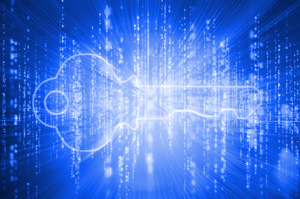 The Department of Homeland Security released a refreshed version of its National Cyber Incident Response Plan (NCIRP), with a strong focus on how the US can react to cybersecurity threats to critical infrastructure.

The NCIRP as previously published on September 30, 2016, with a national engagement period that went until October 31, 2016.

“The NCIRP describes a national approach to dealing with cyber incidents; addresses the important role that the private sector, state and local governments, and multiple federal agencies play in responding to incidents and how the actions of all fit together for an integrated response,” the US Computer Emergency Readiness Team (US-CERT) stated on its website.

“While steady-state activities and the development of a common operational picture are key components of the NCIRP, the Plan focuses on building the mechanisms needed to respond to a significant cyber incident,” according to the NCRIP.

The plan also differentiates between a “cyber incident” and a “significant cyber incident.” The former is when the “confidentiality, integrity, or availability of computers, information or communications systems or networks, physical or virtual infrastructure controlled by computers or information systems, or information resident” are potentially jeopardized.

Significant cyber incidents on the other hand are events that potentially result in “demonstrable harm” to national security interests, foreign relations, US economy, public confidence, civil liberties, or public health and safety.

The DHS Office of Cybersecurity and Communications will also conduct and oversee NCIRP reviews and maintenance in coordination with the DOJ, Office of the Director of National Intelligence, and Sector Specific Agencies.

“The revision process includes developing or updating any documents necessary to carry out capabilities,” the NCIRP explained. “Significant updates to the Plan will be vetted through a public-private senior-level review process.”

HIMSS did point out that all dimensions of potential cybersecurity threats should be considered. For example, IT infrastructure and assets can exist in terrestrial, sea, air, and space. The NCIRP should therefore address all dimensions to help create a flexible response plan.

“The complexity of threat and asset response may be significantly compounded, especially when multiple dimensions are in play— including in the private and public sectors (e.g., underwater data centers, undersea Internet cables, satellite communications, and over-the-air communications),” HIMSS wrote to DHS.

HIMSS also said in its October 2016 letter that a better definition of what qualifies as a cyber incident was necessary. Large cyber threats that could potentially impact public health and safety are a top concern for HIMSS, the organization explained. HIMSS said it is already working to ensure that the healthcare industry understands how to properly prepare for such threats.

“As the federal government’s decision to fund two grants for the NH-ISAC indicated, coordination across the healthcare community is becoming increasingly important in the fight against cyberattacks,” the letter stated. “Collaboration with the NH-ISAC and other stakeholders, particularly on threat identification and incident mitigation, will have a significant impact on public health and safety.”