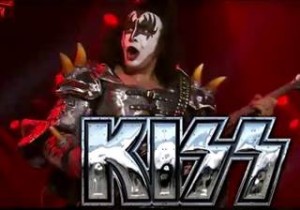 Kiss was due to head the Moonstone festival.

The organizers of a huge music festival featuring more than 50 acts and slated to start April 30 was totally derailed by a cyberattack forcing the promoters to reschedule the event for later this summer.

The Orlando Music Festival Moonstone organizers have given out few details regarding exactly what happened, but in a press release the they said the postponement was due to a cyber incident.

“The date change is based on the company suffering from a major cyber fraud crime. An ongoing investigation in now in process — by local law enforcement and the FBI — of cyber fraud involving a major Tampa, Florida bank and other local businesses,” the organizers said on the festival’s Facebook page late last week.

Attempts by SCMagazine to reach the festival’s promoter via email and social media went unanswered. The show’s social media pages have not been updated since the decision was made to hold off on the show. An inquiry to the FBI office in Tampa, Fla., has also not yet been returned.

“Because of this situation, we know our attention to the inaugural Moonstone might suffer and we want to ensure an amazing experience for everyone who attends the festival in September,” said MOONSTONE Founder Paul Lovett, in a press release.

The show was to run from April 30 to May 1 at the Central Florida Fairgrounds & Exposition Park, but now will be held Sept. 25-26. The show was to be headlined by the likes of Kiss, Def Leppard and Queensryche, but the organizers said the postponed version will likely have a different line up.