Apple v. FBI: How to Sound Smart about Encryption 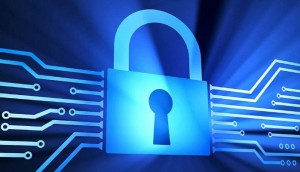 No one seems to want to have a civil, Socratic discussion about what it means to evolve the governance of a digital democracy. Instead, most people want to voice their opinions about terrorism, the law, and Apple. People also want to know if this particular iPhone 5c (or any iPhone) can be hacked, and if offers to hack it from white hat hackers, such as John McAfee, are real.

The Apple v. FBI subject device, an iPhone 5c, can be hacked. This is true because of iOS 8 (the operating system running on the subject device) and the way all iPhone 5c’s were manufactured. Current vintage iPhones (5s, 6, 6s) could not be hacked the same way, so we should not be talking about this particular phone; we should be talking about encryption writ large, and how it is used in our daily lives.

Encryption is the process of using algorithms to encode information with the specific goal of preventing unauthorized parties from accessing it. For digital communication, there are two popular methods of encryption: symmetric key and public key.

How Can There Be Such a Thing as a “Public” Encryption Key?

One of the most popular ways to create public encryption keys is to use a mathematical problem known as prime factorization (aka integer factorization). You start with two relatively large prime numbers. (Quick 6th Grade Math Refresher: A prime number is only divisible by 1 and itself.) Let’s call them P and P. When you multiply them, the product is a composite number we’ll call “C.”

You use C for the public key and you keep P and P as the private key pair. While it is very easy to generate C, if the number is large enough and thoughtfully generated, it can take thousands, millions or even billions or trillions of tries to factor. (There are mathematical strategies to speed up the process, but in practice, prime factoring must be done by trial and error.)

The OpenPGP standard is one of the most popular versions of public key encryption, aka Pretty Good Privacy or PGP. There is a very good chance that your corporate IT department uses some version of PGP to encrypt your files – after all, it’s pretty good.

How good? Using current computer technology, a 2048-bit OpenPGP encrypted file cannot be decrypted. Someday it might be possible with a fully functional quantum computer, but these are still, for all practical purposes, theoretical devices.

Now, you’re going to push back with an argument that goes something like this: “Hey Michael, you may think that a file encoded with 2048-bit OpenPGP encryption is unbreakable, but you don’t know that for sure. You have no idea what the NSA can or cannot do! How do you know that quantum computers don’t exist? Nothing is impossible!”

Yeah … no. 2048-bit OpenPGP encryption can’t be decrypted without a key because of the way computers work today. In the future, with new hardware and processor and bus speeds that are currently undreamt of, the computation may be able to be done in reasonable time – but not today. Without your private key, the computational time required to break a 2048-bit key in a secure SSL certificate would take over 6.4 quadrillion years.

How Can the “Now Famous” iPhone 5c Be Hacked?

For the iPhone 5c in question, you don’t need to hack the encryption key; you need to “make” the encryption key. It is generated from a combination of the user-created PIN or password and a unique key that Apple embeds in each iPhone 5c when it is manufactured. The FBI is asking Apple to create a new operating system with the ability to disable certain security protocols – specifically to defeat the limit on failed passcode attempts and to remove the delay caused by failed attempts. With this new weaker security protocol and forensic software written to try every possible PIN or password combination, the FBI hopes to regenerate the unique key required to open the phone.

It is important to note that this whole idea is only possible on iPhones older than the 5c running iOS 8 or earlier. iPhones with fingerprint scanners such as the 5s, 6 and 6s use a second processor called “secure enclave.” Even Apple can’t hack an iPhone that includes a secure enclave processor – not without creating a “backdoor.”

This is what Apple is worried about. You should be too. If the government served Apple with a lawful writ or subpoena to deliver the key to an iPhone 6s, it would not be able to comply. This case asks the question, should the government be allowed to compel any company that creates a digital security product to create a “backdoor” and make it available for any reason (lawful or other)?

The important thing about an iOS 9 “backdoor” in Apple’s case is that it could not be guessed or randomly generated; it would have to be an actual file – a metaphorical “skeleton key.” There’s a problem with skeleton keys, even digital ones: they can be copied. Importantly, they can be copied or stolen without the owner’s knowledge. The idea of creating a “skeleton key” defeats the purpose of encrypting it in the first place. If a key exists, it will be copied by both good and bad actors – that’s just a fact of digital life.

So again, I find myself begging you to engage in a civil, Socratic discussion about what kind of future we want to live in. Encryption enables banking (commercial and consumer) and commerce. Without it, our digital lives would be very, very different. How do you want to evolve the governance of our digital democracy? Where is the line between security and privacy? What do we want to ask our lawmakers to do? Hopefully this short story will inspire you to learn more about encryption so you can draw your own conclusions and join this techno-political debate.