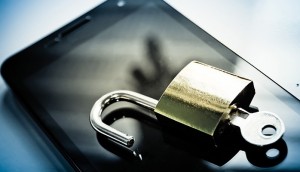 It is official. The FBI has accessed the San Bernardino iPhone, and they didn’t need Apple’s help. To quote the court document, found at:

More questions than I can put down here come to mind, but here are a few:

Was the FBI genuine when it filed initially, claiming they had no way to access the San Bernardino iPhone without Apple’s help?

If they were not genuine, and that seems to be the prevailing view in the technical field, was this behaviour becoming, or acceptable, from law enforcement? The simplified timeline of this case was that the FBI sought their court order, Apple said they would fight it, public opinion turned on the FBI, it appeared the legal argument may not stand up to challenge, the FBI sought a stay in the case while they tested a new way to get into the phone themselves, they then came out with the above statement claiming they have accessed the phone and requested the order be vacated. At face value the fact that the stay was sought when it was seems very convenient.

Since the net result of this exercise has been nothing and worked out as if the FBI never went to court at all, Apple did not render assistance, the FBI got into the phone anyway, no legal precedent was set, was this a good use of taxpayer funds?

Will the FBI tell Apple how they got into the phone? If they won’t on national security grounds, is it acceptable that Apple customers are vulnerable to attacks that can happen in the wild due to some intangible threat that cannot be measured?

Did the FBI find anything of value?

It’s important we ask these questions, because if we don’t we run the risk of setting our own precedent, normalising dishonesty, vexatious use of the court system, wasting of taxpayer funds, leaving of the general public unsafe, and the utterance of wild claims, all in the name of national security.

National security should not be doing this to us.