How to Protect Personally Identifiable Information from Ransomware Attacks

Why do Cybercriminals Want my PII?

Cybercriminals are making a great deal of money by selling your PII on the dark web and those who purchase the data use it in identity theft. Your PII can be used to file false tax returns, open lines of credit or to make fraudulent purchases under your name.  This is just a few examples of what cybercriminals can do with your PII. The price for pieces of your PII has come down significantly over the last two years. In late 2015 Trend Micro reported that the price for PII has dropped from $4 to $1. There are supply and demand economics at work in the criminal world, too.

“There’s actually a big surplus of PII currently available in the cybercriminal underground. This has caused its price to drop significantly, from $4 last year to $1 this year,” the study found. – Trend Micro 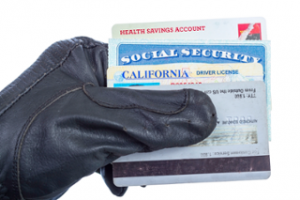 What is interesting about Trend Micro’s report “Dissecting Data Breaches and Debunking the Myths” is their finding that the main reason for a data breach is not due to cybercriminals at all but in fact a product of the user. 41 % of data breaches were the result of a user losing or having their device stolen, while 25% was due to hacking and malware.

It’s important that companies scrutinize and secure the sensitive information that is stored on their employee’s devices like mobile phones, laptops, and flash drives. If any of these devices are lost or stolen, they become an easy way to steal data.

It is true that so far ransomware variants have encrypted data and held it ransom. Having PII stolen in a ransomware attack has not happened yet, but I believe that is the next evolution of ransomware.  Once the cybercriminals have copied your data offsite, they can demand a ransom over and over again.

I believe the next variant of ransomware will encrypt your data locally and in addition, will use exfiltration to copy your data offsite and hold it for ransom. If cybercriminals get your PII, they can collect the ransom from you to decrypt the data and further profit from selling the PII on the dark web.

How Can I Protect my PII?

There are a number of things you can do today to protect your PII. I recommend all businesses who collect and store customer PII to read the DHS guidelines for dealing with PII.

Ransomware attacks are primarily delivered through email campaigns where the cybercriminals spoof a fax delivery, bank statement or utility bill.  Clicking on the link or attachment starts the crypto ransomware infection, and the end user doesn’t even know they are infected until after the ransomware has encrypted their data. Only after the data is encrypted do you get at least two pop-up messages with the ransom demand.

Do not transport any data that contains PII unless that device has been encrypted. Do not remove sensitive PII from the workplace unless instructed by a manager. Never leave sensitive PII in hard copy unattended and unsecured.

Two-Factor Authentication is an excellent security mechanism that adds another layer to your complex passwords already in use. With Two-Factor Authentication, a user not only has to provide their password but they also need to input another component which is usually something that the user knows, something that the user possesses or something that is inseparable from the user. For example, you might use a product like Google Authenticator.  After supplying your account password, you will get prompted for a six digit code supplied by the authenticator app. The App generates a new and unique random code every 30 seconds.

Good luck and stay safe out there with you “Private Information” !!